At the midpoint of 2021, Kentucky’s year-over-year new status and expansion announcements show the economy emerging from the challenges of the past 15 months and position the Commonwealth for significant, sustained growth in the years ahead, Gov Andy Beshear announced this week.

“Each of these companies is betting on Kentucky because they see exactly what we are seeing: an economy that is booming and a dedicated workforce that is ready to seize new, high-quality opportunities. ,” said Governor Beshear. “2011 is off to an incredible start and we are still gaining momentum.”

Through May, the average incentive for projects announced in Kentucky in 2021 was $23.15 before hourly wage benefits. This represents an increase of 4.7% compared to last year’s median salary of $22.11, the second highest mark for the past six years. 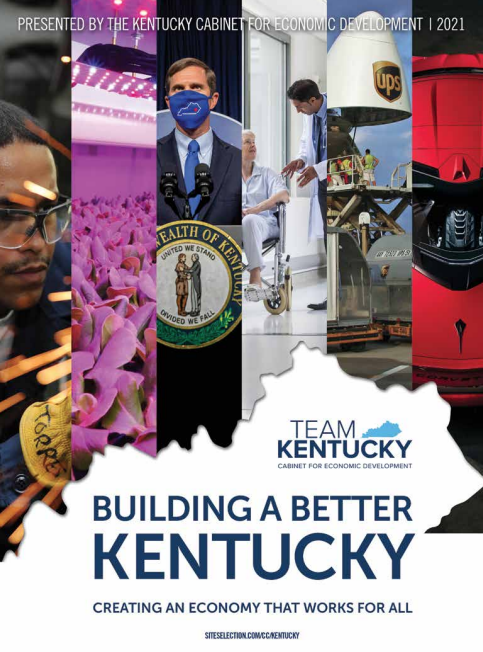 Key sectors in Kentucky’s economic recovery include metal production and manufacturing; distribution and logistics; and food, beverage and agricultural technology industries. In each of these target industries, the adoption of advanced and innovative technologies is helping Kentucky meet customer demand while creating jobs.

Beshear announced last week that companies in Kentucky’s metals industry have announced $870 million in new investments and more than 1,500 jobs for Kentucky residents in 2021.

Currently, the Commonwealth is home to over 230 metals-related facilities, which employ approximately 25,000 people.

While metals have been Kentucky’s top growth industry in 2021 by both investment and job creation, several other sectors have continued to expand as well.

Automotive companies across the Commonwealth have announced plans to add more than 1,100 jobs in the coming years with an investment of $177 million in 2021. It fortifies a pillar industry that employs more than 100,000 Kentucky residents and includes more than 525 automotive suppliers and four assembly plants.

So far this year, food, beverage and agri-tech-related businesses have announced plans to create nearly 400 Kentucky jobs through $473 million in new investments. The sector already includes over 350 facilities employing over 52,000 people across the state.

Distribution and logistics are a strong contributor to Kentucky’s growing economy in 2021, as companies within the industry move forward with more than $340 million in new investments and 26 job commitments. Currently, there are over 580 logistics and distribution facilities operating in the Commonwealth, employing approximately 78,000 people.

Kentucky’s plastics and rubber sector has announced 134 new jobs in 2021 so far in the state’s top-five industries, based on more than $175 million in new investments. It connects over 230 facilities in the state, employing about 30,000 people.

In March, Site Selection magazine’s annual Governors Cup rankings for 2020 ranked Kentucky third for qualifying projects per capita in the South Central region and nationally. The Commonwealth also ranks seventh in total projects, the most of any state with a population of less than 5 million. Site selection recently placed Kentucky fifth on its 2021 Prosperity Cup list, placing the state among national leaders for business climate.

To learn more about Kentucky’s economic growth in 2021, click here.