The system includes new hardware and software. Highlights of the system’s new functions include Apple Music and Apple Podcasts integration (first seen in Taycan), as well as wireless Apple CarPlay. PCM 6.0 will also bring Android Auto to Porsche for the first time, but only in wired form.

The PCM 6.0 also gets voice recognition in natural language, responding to a prompt of “Hey Porsche”. Instead of scripted commands, drivers can now say things like “I need gas” to get directions to the nearest gas station. 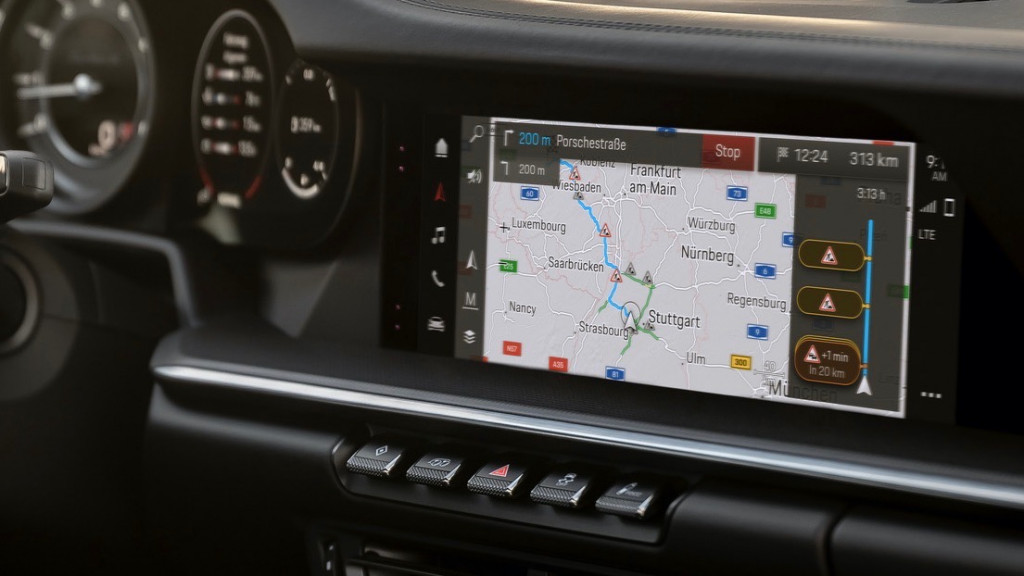 Porsche said the central touchscreen can also display calendar entries from a connected smartphone, and drivers can dial in conference calls directly from the screen.

While not part of the PCM 6.0 launch, Porsche said it is also beta testing a new feature called Soundtrack My Life, which picks music in real time based on driving style.

According to Porsche, you’ll get different soundtracks for driving on twisty roads or highway traffic, which can also be played outside the car via a smartphone. It’s supposed to be like a real-life version of the background music in a video game, the automaker said.

It’s not ready for prime time yet, but Soundtrack My Life won’t be the first interactive Porsche app. In 2015, the automaker launched its Track Precision app, which was designed to help improve driving through data analysis. It can look at factors such as speed, lateral acceleration and braking force to suggest areas of improvement as well as record lap times.